When wheat arrives at the mill a number of tests are completed to determine the quality of the wheat being delivered.

Most contracts for a consignment of grain will require it to be "sound, sweet and clean, free from bug damage, foreign grains, smut, decay, insect and grain storage pests, vermin, visible sprout, and any other blemish or damage" or similar wording. Some microbial infection or diseases are not visible with the naked eye, but off smells can be an indicator of an issue.

It is sometimes possible to identify wheat varieties by their physical characteristics alone. It is not uncommon, due to shared storage facilities, that some contamination may occur, and even at levels as low as 3% can affect the milling and baking quality of the contracted grain variety.

Most wheat is purchased on a protein basis, as this dictates the potential end use of the flour.

The moisture content of a wheat will dictate its' suitability for long term storage. 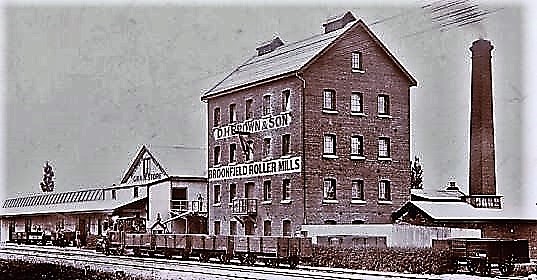 The Hagberg Falling Number test is a measure of the enzyme activity in the wheat. If wheat has been stored in damp and moist conditions prior to delivery, or harvested incorrectly, it may begin to germinate or sprout. The enzymes released during this process will make the resultant flour almost useless for breadmaking, as these enzymes can no longer be used in the fermentation process.

Gluten is a protein made from a combination of the proteins glutenin and gliadin which forms around 85% of the total protein. Protein quality is important for baking purposes. Strong elastic gluten indicates it is good for breadmaking, a weak and slack gluten is better used in biscuits and cakes. Gluten quantity and quality is usually dictated by varietal origin, but can be affected by such things as heat damage caused during drying.

Is measured as kilograms per hectolitre which checks the density of the grain. Typically, denser grains have a higher extraction potential compared to less dense grains of a similar size. Lower or higher than expected hectolitre weights will pick up such things as shrivelled grains, higher or lower than normal moisture, or other contaminants which all serve to reduce the potential extraction of flour.

Even with best practices followed, wheat can be contaminated during the harvesting and on-farm storage process. Contaminants can include ergot, insects, other cereal grains, straw, stones, chaff and soil. It is normal to have between 1% and 3% "admix" but at levels above this it may adversely affect the performance of the cleaning process, or interfere with the transport process.