The purpose of flour milling is to provide a fit for purpose, high quality flour which is free from contaminants and not tainted in any way. To achieve this the miller must ensure that any foreign contaminants are removed prior to commencing the milling process.

Typical contaminants in raw wheat when they arrive at the mill would include diseased or shrivelled grains, straw, chaff, and foreign matter such as string, paper, stones, glass, and sand.

Larger contaminants and some dust is usually removed at intake to prevent potential damage to equipment, with the final clean completed in an area of the flour mill called the screen room.

The design and layout of screen rooms and machinery varies from one flour mill to another but they all employ the following five principles of Contaminant separation to remove any impurities.

This is the easiest way to remove contaminants and is essentially sieving. By employing revolving, oscillating or reciprocating sieves, contaminants that are larger or smaller than the grain can be separated. The type of machine which performs this process is usually described as a "Milling Separator" or "Drum Separator".

A number of machines have been developed over the years which can make multiple separations to separate heavy grains as well as light grains from the original contaminant. This is really useful to split grains for separate treatments specific to their size or nature later in the milling process. 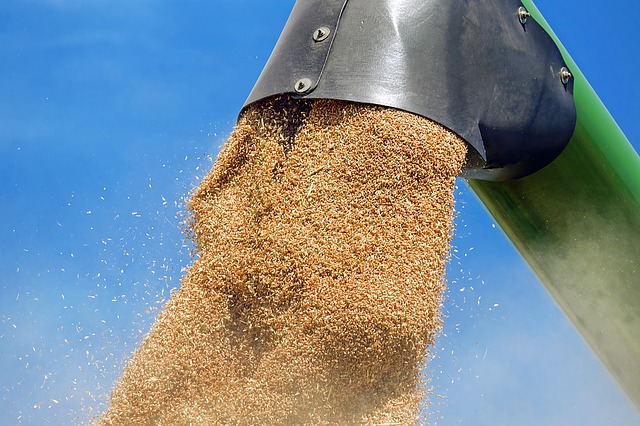 A machine called an aspirator uses air resistance to remove impurities and contaminants. A strong current of air is pushed through a falling curtain of wheat which separates out the lighter contaminants, the dust laden air then decelerates in a special expansion chamber which causes it to drop the impurities it had collected from the wheat.

Aspirators are normally installed immediately after any impact machine, as these machines generate dust, loosen dried mud from the crease of the grain as well as loosen bran layers.

Magnets and colour sorting are methods used to remove contaminants.

Various types of magnets are used to remove metal which while being an obvious contaminant can cause damage to process equipment. Colour sorting using “electronic eyes” and pneumatic air jets can remove contaminants from large volume of product running through a screen room.

Where the size and the density of a contaminant is similar to a grain of wheat, it may be possible to separate by shape. There are two methods for removal of these impurities.

1. Spiral seed separator which uses centrifugal force separate round seeds from the wheat.

2. Disc or cylinder separator which uses indented pockets in a rotating disk or a cylinder to collect or reject grain or impurities according to their shape.